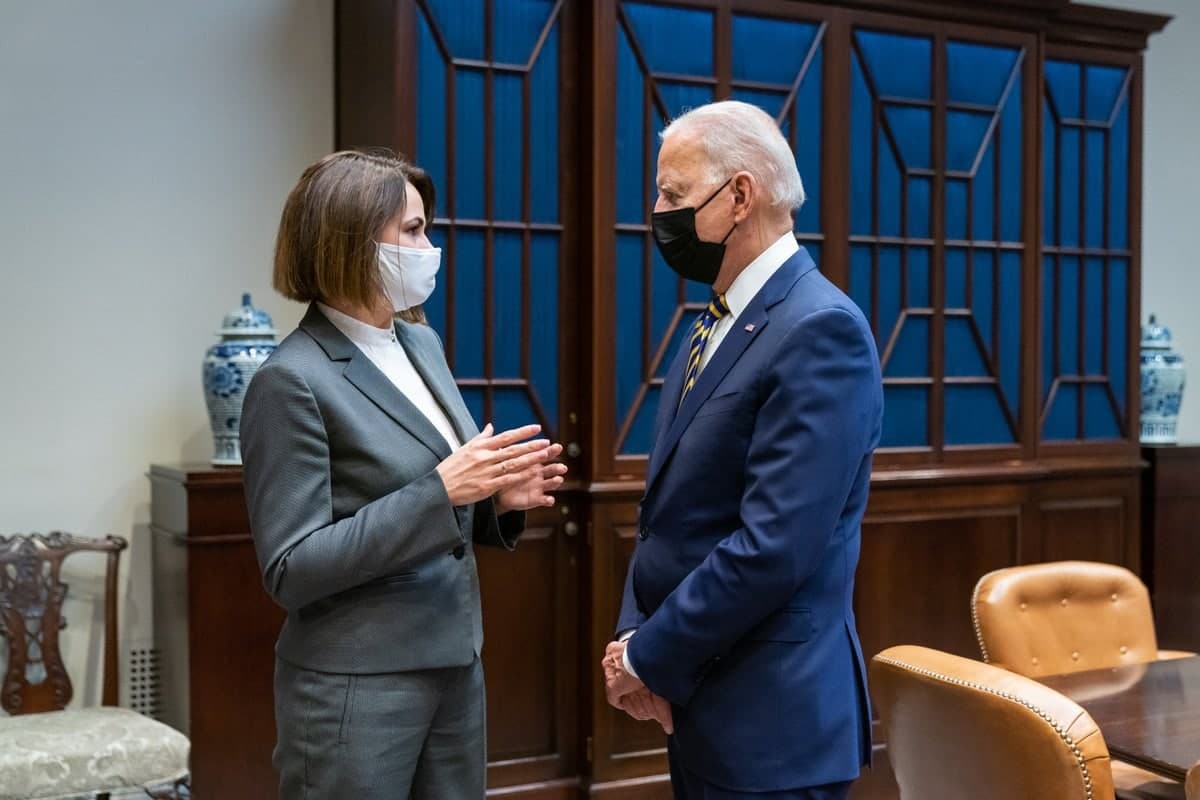 Sviatlana Tsikhanouskaya met with the US President Joe Biden at the White House.

Tsikhanouskaya shared her impressions of the meeting:

“Standing in front of the reporters at the White House, I tried to understand my feelings after meeting with President Biden. But I’m not alone here. There are 36 thousands Belarusians behind me who have been arrested and tortured. Ten of them died. My voice was their voice at this meeting.

As a Belarusian, I am proud of my people who rebelled against the regime and have been opposing it for a year now.

As a politician, I am glad about this meeting. President Biden said that there is a continued struggle between autocracy and democracy in the world. And you know that Belarus is at the forefront of this struggle. Therefore, I called on President Biden to help us make Belarus a successful example of a nonviolent transition to democracy.

I leave the White House with the confidence that the voice of millions of Belarusians was heard:

As a wife of political prisoner Siarhei Tsikhanouski, I feel pain that he and thousands of people cannot share this moment with me. But I’m sure they’ll find out about this meeting. And they will know that we are fighting for them.

As a mother of two children, I just hope that they would understand and forgive me for the fact that their mother was not always with them in these times. No matter how much time and effort the path of Belarus to freedom takes, I am ready to walk it together with the Belarusians. And I am grateful to President Biden for supporting us along this path.”

Following the meeting, Biden tweeted: “I was honored to meet with @Tsihanouskaya at the White House this morning. The United States stands with the people of Belarus in their quest for democracy and universal human rights.”