No criminal proceedings to be launched against Belarusian police officers 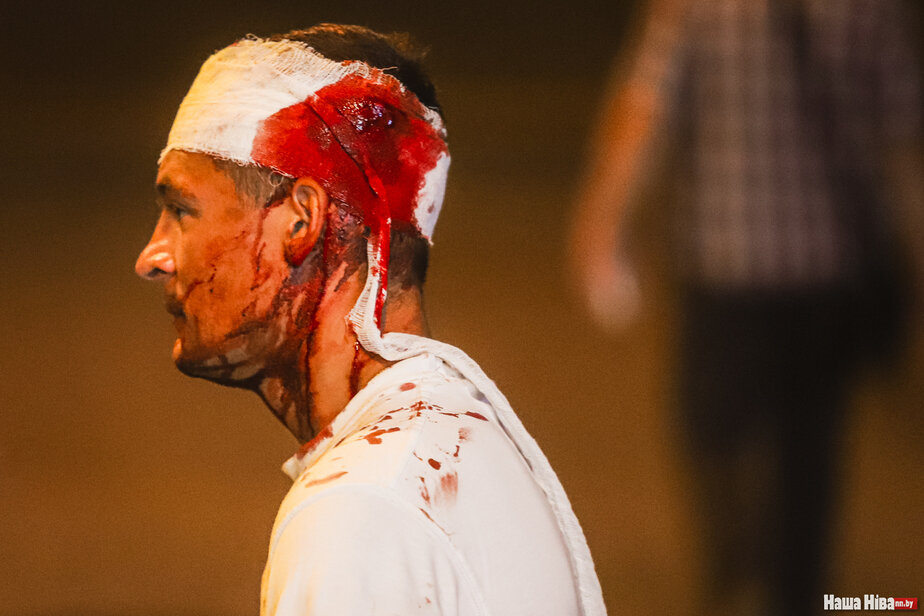 A victim during the protests in Belarus. August 2020.

In August 2020, after the rigged presidential election in Belarus, hundreds of thousands of people marched in peaceful protests, thousands were arrested and severely beaten by security forces. The incidents of torture were documented by doctors and human rights defenders.

In May 2021, an allegation of crimes against humanity was submitted to the German Federal Prosecutor’s Office on behalf of 10 people who had been tortured in Belarus. Previously, similar applications under universal jurisdiction have been filed and considered in Lithuania. In Poland, an investigation of the allegations submitted by two Polish citizens is underway as well.

And today the Investigative Committee of Belarus refused to initiate a criminal case based on the complaints by the citizens who had suffered from the brutality of law enforcement officers during detentions at peaceful protests in August 2020 and in places of detention. According to the Investigative Committee of Belarus, the submission of these appeals was “orchestrated”.

680 people have submitted their requests for an investigation into “alleged unlawful acts on the part of internal affairs officers”. The Investigative Committee stated that the officers’ use of physical force and means of restraint in suppressing violations of law had been in accordance with the requirements of the law “Concerning the bodies of internal affairs” and other laws of Belarus. The Committee also noted that the chosen means and methods had been proportionate and “applied with the intention of causing the least harm in a given situation”. According to the Investigative Committee of Belarus, the citizens sustained their injuries “in places of unauthorised mass events and mass disturbances”.

Meanwhile, an independent expert has confirmed that the voice on the tapes provided by the BYPOL initiative, in which security forces were ordered to apply the harshest measures to demonstrators, belongs to the former Minister of the Interior Yury Karaieu. In one of the audio recordings, Karaieu refers to Belarusians as “stupid”, “shallow”, “fat philistines”, and “bitches”. In the same recording he also ordered to find those who threatened members of the security forces and to “drop everything and find those creatures and take them out”. On the second audio recording, Karaieu called Siarhei Tsikhanouski “scum” and said that he regretted that they had been too late to imprison Siarhei Tsikhanouski. “There is no article for him – we should make one up and put him away for a long time. Let him sit there! Let him die there!”, he was heard saying.

In response to the refusal to open a criminal case, Cyber Partisans reportedly hacked into the Investigative Committee’s database. “No one will escape responsibility,” Cyber Partizans say.