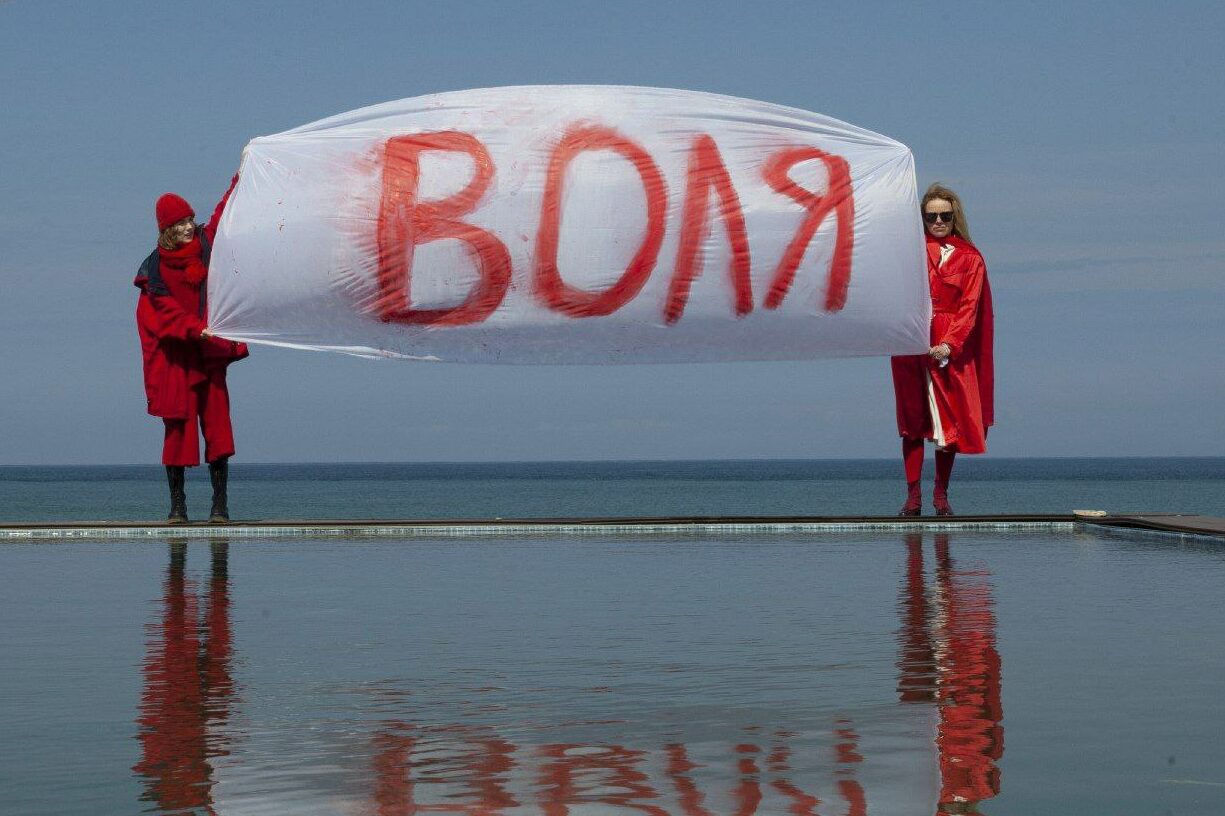 On March 25, Belarusians celebrate Freedom Day – the day the Belarusian Democratic Republic first declared its independence and adopted a white-red-white flag in 1918. Although the regime banned this holiday, Belarusian citizens home and abroad remember and honor this historical milestone.

In Minsk, 75-year-old Nina Bahinskaya, a famous opposition activist, held a solitary picket in Minsk downtown with a self-made white-red-white flag. After having been arrested countless times in the past decades, she keeps protesting all the same. There was also a traditional women’s walk in Minsk, this time with blue and yellow umbrellas. There were also numerous anonymous flash protests, photos of which spread on social media, and fireworks at night. New stickers and graffiti appeared everywhere in the capital.

Belarusian diaspora communities held dozens of events and rallies to remind the world that Belarus’ independence is threatened and to proclaim solidarity with war-torn Ukraine. The gallery shows selected pictures made in Vilnius, Batumi, Brussels, London and Miami on this date.