During her visit to Ireland, Tsikhanouskaya met with head of Ryanair 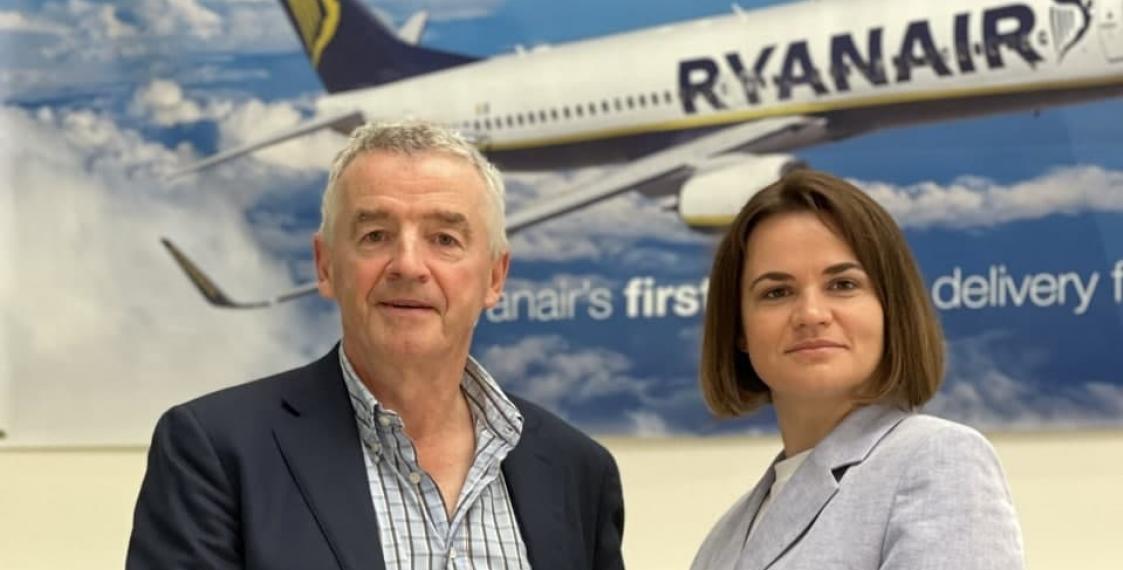 During a meeting with Sviatlana Tsikhanouskaya, Ryanair head Michael O’Leary shared a report containing the results of the investigation into the forced landing of the Ryanair aircraft in Minsk in May 2021. Michael O’Leary also said that the company was working with the International Civil Aviation Organization, Poland, Lithuania, and Greece to gather evidence.

Tsikhanouskaya thanked Michael O’Leary for his principled stance and offered to support the filing of an international lawsuit against the Lukashenko regime over the plane hijacking.

O’Leary also agreed to consider Tsikhanouskaya’s proposal for Ryanair to come to Minsk and the regions “after democracy wins.”