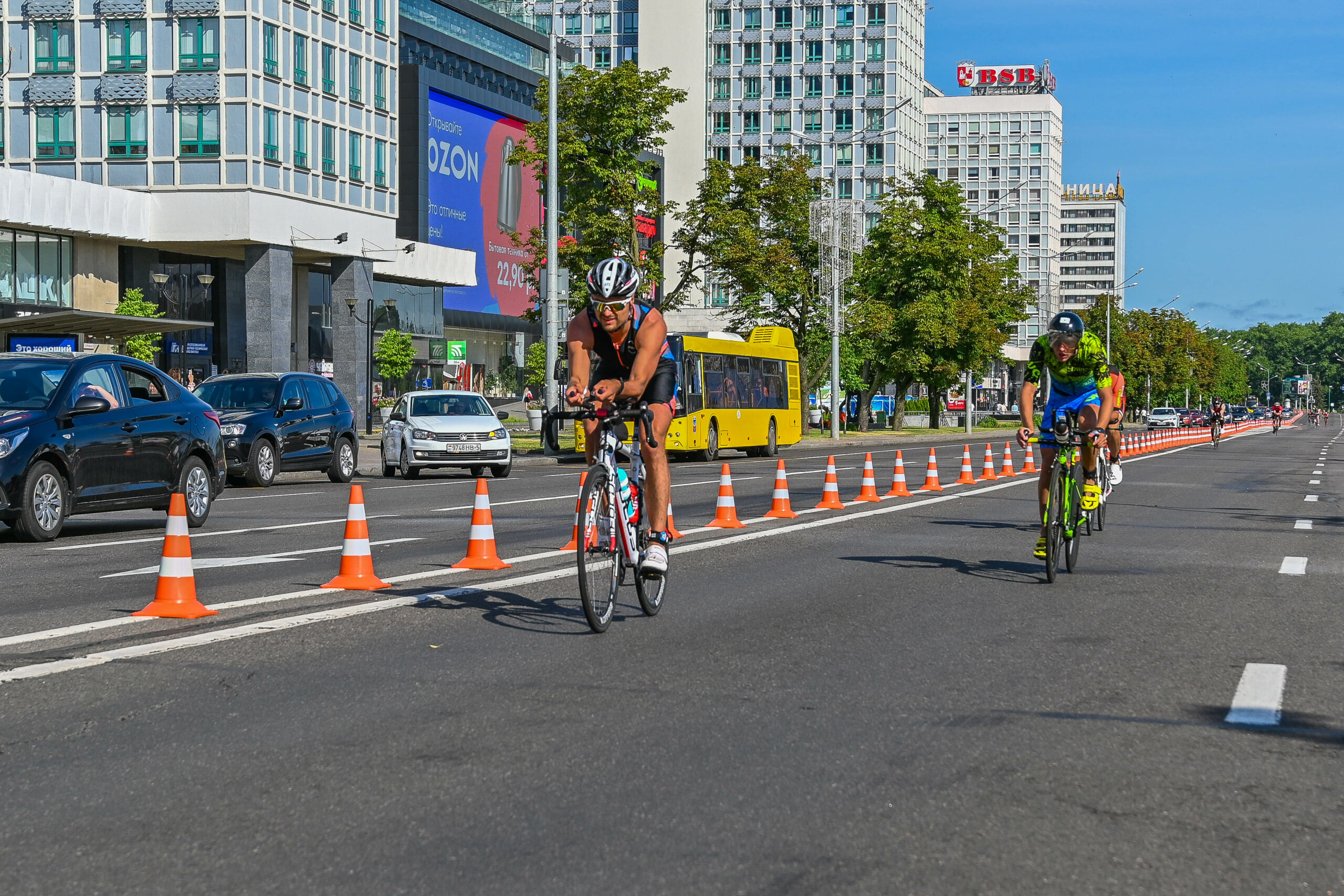 According to the police, the reason for the detention was that the athletes “demonstratively shouted protest slogans”. As it was found out later, several people were riding in a bike lane with the state red-green flags; one of the triathletes shouted “Long Live Belarus” in response, the second athlete gave them a thumbs-down, and the third one shouted “Long Live”.

Later, a video began circulating on the internet, in which the detained triathletes apologize for their actions against the background of a red-green flag.

Olympic champion and head of the Belarusian Sport Solidarity Foundation Aliaksandra Herasimenia issued an official statement on the detentions at the Minsk Triathlon competition, saying: “The law enforcers’ lawlessness does not recognize any authority. No participant, athlete, delegate, or competition organizer can be guaranteed safety and inviolability.”