Absurd or reality: one can be detained for speaking Belarusian in Belarus 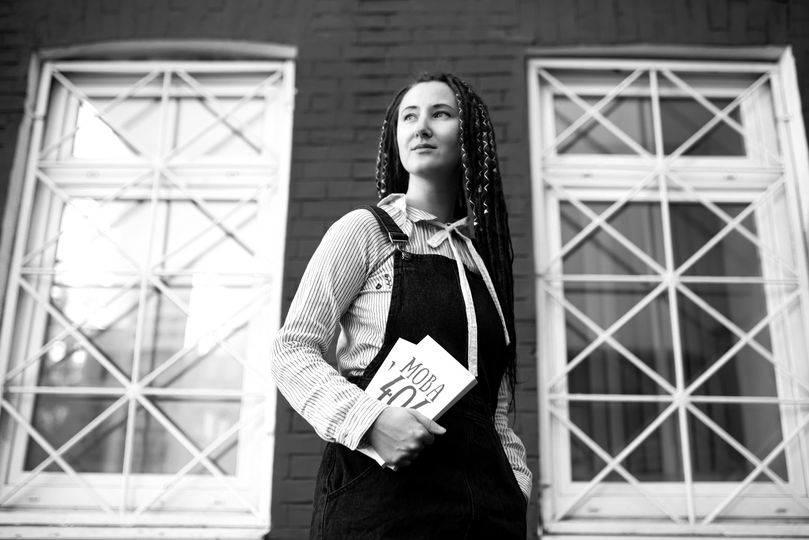 Alina Nahornaja, a human rights activist and co-founder of the “Umovy dlia movy” language initiative, and her partner Ihar Sluchak cannot return to their home due to persecutions and have traveled around Belarus for a year already. Yet, even under such difficult circumstances, they spearheaded several campaigns aimed at promoting the Belarusian language. As a result, Belarusian-language versions of websites have become available; Belarusian can be found on merchandise labels in stores and in various documents, including state legislation. Alina and Ihar also published two books. One of them, written by Alina, is called Mova 404 (Language 404). It talks about language discrimination and describes how Belarusians keep being prosecuted and detained for speaking their mother tongue. We publish an excerpt from her book.

“At the end of the 1990s, a couple of guys were skateboarding near the Palace of the Republic. They were speaking Belarusian between themselves. Policemen approached and surrounded them, saying that they were going to teach the young men to speak the “right language”. One of the guys said that Belarusian is the official language, and for that he was hit on the back with a police baton. Both were detained after that.

In 2015, after a concert, several musicians went to a bar located at the railway station for a beer. There was an empty vodka bottle next to them. Patrol officers approached the men upon noticing the bottle. The musicians replied that the bottle wasn’t theirs, that they just arrived and in fact had come for a beer. The reply they received was that all Belarusian-speaking people were scumbags. As the men said something in response, the police grabbed them and dragged to a police station. At the police station, the policemen told them to speak Russian and “shove the Belarusian language where the sun doesn’t shine”. One of the detained was beaten by several policemen until his skin turned blue from bruises. Later, the police fined and released him, but the man couldn’t get up. It turned out that his leg was broken. All these stories took place before 2020, and so many more happened after…

These stories happen because we let the language discrimination slide. The Russian language in Belarus is the result of centuries-long suppression of our culture. One has to protect one’s rights in our country. This is especially true as far as the right to speak Belarusian is concerned as history shows that our freedom depends on it. An individual needs their language to feel more dignified, stay grounded, and be proud of where they come from. Belarusian is indispensable for Belarus to stay an independent country.”