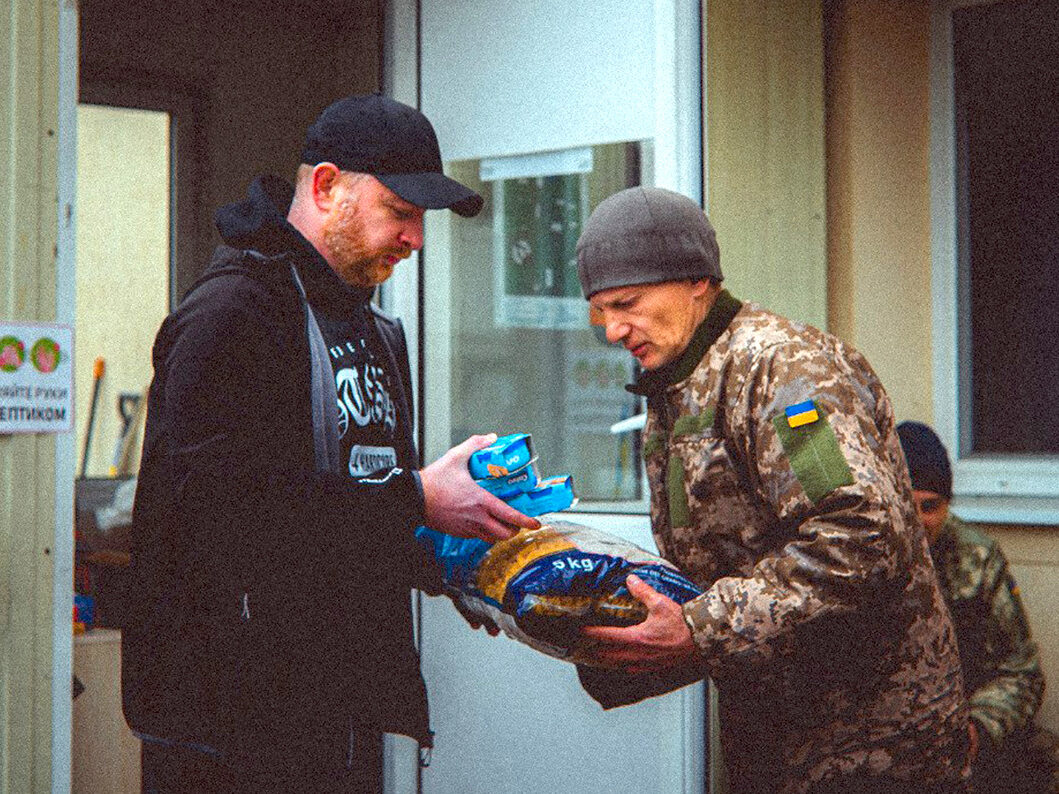 Stories of Belarusian volunteers in Ukraine

When the war broke out, hundreds of Belarusians who moved to Ukraine, seeking to escape from political repressions in Belarus, decided to stay in Ukraine and help people: some joined the army or territorial defense forces, and others started helping as volunteers. Journalists from the online outlet MOST spoke to several Belarusian volunteers.

Volha (her name has been changed to protect her privacy) moved from Minsk to Kyiv in 2020 with her husband, little daughter, and her 68-year-old mother. When the war began, the family had an opportunity to escape. However, rather than doing so, they decided to stay and help the people who had warmly welcomed them in their country. At first, Volha and her mother helped with building barricades by taping sandbags. Now they are volunteering in the kitchen for volunteer fighters. She believes that everything will be alright:  “I really want Ukraine to win.”

In February, several Belarusian activists of the anti-fascist movement launched the “Operatsiya Solidarnist” (Operation Solidarity) initiative to collect humanitarian supplies and funds for soldiers and refugees. Now they have a warehouse in Kyiv, run by Ihar, a 38-year-old IT specialist from Belarus. He arrived in Kyiv in November 2020. Ihar didn’t want to leave Ukraine after the beginning of the war and decided to help in any way possible. He said he had expected Ukraine to defend itself and thought it had a chance to win. Even before the war broke out, he and his friends were discussing what each of them could do in case of war. “We started to work out a plan, so when the war started, we’ve already known who’s responsible for what, and contacts have been established with European anti-fascist organizations,” says Ihar.

Aksana moved to Kyiv from Belarus in April 2021. She lived in Kharkiv with her Ukrainian husband for several months before the outbreak of the war. At the very beginning of the war, she was in Vilnius, but in March Aksana returned to Ukraine because she “could not be a passive onlooker”. She went to Lviv and started helping refugees. “When I saw these people with my own eyes, I felt great pain for them, for their children, for their animals. I volunteered almost every day, working about 4 to 5 hours,” recalls Aksana. At the beginning of April, she returned to Kharkiv, where she now lives in a bombproof shelter. There she helps with cooking and cleaning, as well as doing haircuts.

After the 2020 protests, Ukraine has become a country of refuge for thousands of Belarusians persecuted by Lukashenko’s regime. It is impossible to determine the exact number of Belarusians who have moved to Ukraine, since Belarusians can stay in Ukraine for 180 days without a residence permit. According to the Ukrainian border guard service, 100,000 Belarusians crossed the border with Ukraine from August 2020 to August 2021 alone.